Florian Schneider, the enigmatic founder member of Kraftwerk died aged 73 a week ago and was buried in a private funeral. Kraftwerk's live performances through the years show their development from Krautrock Hippies to electronic music pioneers!


This track gave the name to Kraftwerk's own studio in Dusseldorf.

Kraftwerk - Ralf And Florian (Full Album) 1973
Ralf & Florian is the lost Kraftwerk album. Not only is it hard to get hold of as it was never released on CD, something it shares with their first two albums, but it's often overlooked even by hardcore fans. Lacking the harsh, industrial sounds of their earlier efforts, it's still some way off the metronomic proto-synth-pop of their famous works. Instead, 1973's Ralf & Florian is a fascinating collection of experimentations, representing both a bridge between what Kraftwerk had been and what it would become, and also an intriguing direction left tantalisingly only half explored.

There vocal recordings were always conceived in German and then translated into other languages.
There is also a Japanese version of pocket calculator (dentaku), which they performed also in their live appearances in Japan:

Co-founder of the band Kraftwerk, Florian Schneider, had a significant influence on David Bowie, while he was in Berlin recording "Heroes". "V-2 Schneider" is a tribute to him:

The final song that night, as it was so many others, was the bands 1986 hit ‘Musique Non Stop’. Below watch the final moments Florian Schneider shared on stage with Kraftwerk back in 2006: 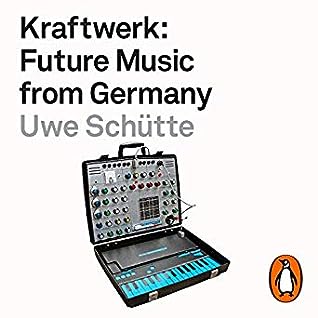